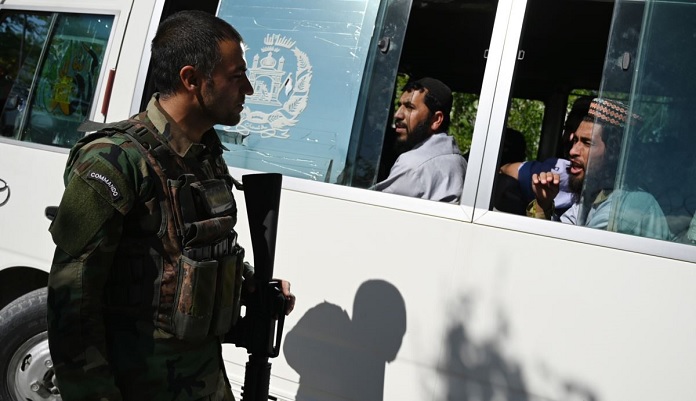 A day before that (August 18, 2020), while Afghans were celebrating the 101st anniversary of reclamation of its independence from Britain in 1919, Kabul, the capital of Afghanistan, was hit by at least 14 rockets that wounded several Afghan military personnel and civilians, including women and children.

Afghanistan lives through its stiffest days as around 12,300 Afghan civilians and military personnel killed and wounded in the conflict in over the five months only after the Taliban signed a deal with U.S. in February 29, 2020. In the case, Taliban have not launched any attack, killed or injured none of U.S. or foreign forces security personnel in recent months. Therefore, initiation of direct, official intra-Afghan negotiations is of paramount importance; but the process is delayed both by actions of Taliban and Afghan government as well as by the inconsistent demands international community.

Afghan government was supposed to free the batch of 400 Taliban prisoners remained from a total of 5000 prisoners within a few days after President Ghani signed the decree of the releasement as dictated by the Consultative Loya Jirga (a traditional grand assembly of influential Afghans), comprised of 3,400 women and men from all provinces of Afghanistan and all strata of society, convened for this purpose in Kabul in early August; yet, only eighty (80) of them are released so far. The government had already freed 4600 captives of the Taliban.

Nonetheless, the process to release the remaining prisoners is stopped because France and Australia want 6 out of the 400 prisoners to be kept behind bars as they were involved in killing and injuring military forces of the aforementioned countries. Afghan government, however, makes effort both for the intra-Afghan peace talks to not confront any hurdles; and for the ties with international community not to get tainted. As the issue is considered a new obstacle toward intra-Afghan peace talks, U.S. has a bash to convince the two latter countries to agree to the freedom of the said prisoners.

There are also about 20 Afghan Commando Forces imprisoned with Taliban; still, the Taliban have clearly quantified that they will neither start intra-Afghan negotiations nor release those Commandos unless the Afghan government frees the left over 400 prisoners.

Despite the hope to launch intra-Afghan negotiations, these prisoners are considered as dangerous for Afghanistan and the world. Among them, 156 were death row inmates, 105 had Haq Al Abd (Due Men or hence and by extension, disregard or violation of the rights of any private person or of community at large), 34 were kidnappers, 51 were involved in drug trade, and 44 others were put in the Black List.

At first, the start date for intra-Afghan negotiations was set at March 10 in US-Taliban deal; however, the talks delayed due to specific issues, and were eventually, scheduled for August 16; however, the impediments emerge each time do not let it happen.

Moreover, Consultative Loya Jirga had put a number of conditions for Taliban to stop or, at least, reduce violence, initiate unconditioned talks, agree to a comprehensive ceasefire, and release all prisoners of Afghan government.

On one hand, Afghan statesmen also traduce Taliban of not having adequate academic, cultural and scientific capacity to reason and negotiate, and for that reason, they seek for violence, support of regional sponsors and drug trafficking. On the other hand, Taliban consider such remarks as to arouse global emotions.

Afghanistan shares a vision with the world to be sovereign, unified, democratic, peaceful, and to be able to preserve and expand the gain of the past two decades. While Taliban do not speak of or do not have such a clear visions; yet, they talk about a vague concept of all-inclusive Islamic Afghan government as well as to redeem the losses of last twenty years.

The Crisis Group also point out that Taliban’s positions on a number of critical topics to be discussed with the Afghan government remain ambiguous and undefined, and the group has a long way to go before it reaches consensus on ideas for Afghanistan’s future.

Additionally, security situation is deteriorated by its very mean in Afghan cities and highways in form of target killing and kidnapping by Taliban, armed theft, kidnapping and crimes by vice rings and criminal cartels.

Insecurity is also increased in rural areas and remote provincial centers as Taliban fighters launch group attacks on the mentioned areas. In very recent incidents, Taliban assaulted Qala-e Naw, the center of Badghis province, and there is a clash going on between Taliban and pro-government security forces in suburbs of Kunduz province since last four days.

As a final point, the murder of Dr. Baqi Amin today, and a failed assassination attempt on a delegate of Afghan Negotiation Team against Taliban Delegation, Fawzia Kofi on Kabul-Parwan highway a few days back indicate that anti-peace forces have been activated in the country, and, thus, both parties (Afghan government and Taliban) shall be vigilant about such ploys.