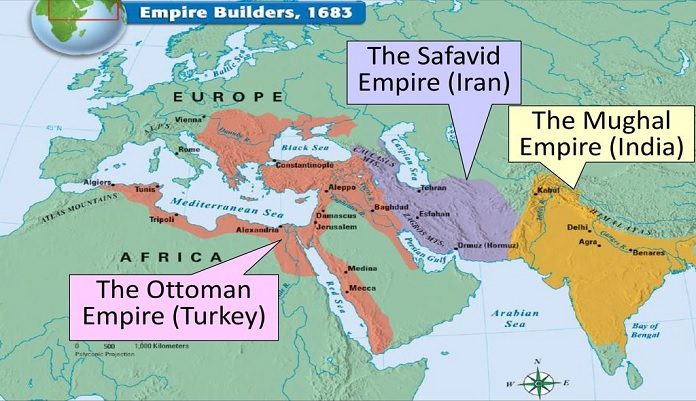 Regardless of all the geo-political under-pinning’s, can better trade and tourism triumph geo-political tensions between India and Turkey?

India and Turkey share a historical connection, that has transcended centuries. The earliest recorded diplomatic exchange between the two countries date back to 1481-82, between the Ottoman Sultans and the Indian subcontinent. There is also a huge cultural overlap, in terms of language, culture, art and architecture. According to some estimates, there are over 9,000 common words between Hindi and Turkish. The 20th century saw commendable outreach, between the two countries during different times. In 1912, during the Balkan Wars, renowned Indian freedom fighter, Dr M.A. Ansari led a medical mission to Turkey. Father of the Indian nation, Mahatma Gandhi took a firm stand against the injustices inflicted on Turkey at the end of World War I.

But 2019 was a year, that saw India and Turkey take regressive steps in their bilateral relation. In August 2019, India revoked the special status of the Indian state of Jammu and Kashmir. While the move did attract much international attention, India maintained the revocation of the special status, to be a constitutional amendment, and therefore, an internal issue to which the international outrage was termed to be unwarranted.

During his speech at 2019 UN General Assembly, President Erdogan of Turkey, highlighted global injustice, and urged the world to take action in Kashmir. Much to India’s dismay, he asserted that the Kashmir issue has not got enough international attention and should be resolved through dialogue on the basis of justice and equity, and not through collision. He had earlier offered to be a mediator between India and Pakistan, in resolving the Kashmir issue. This had been a major irritant for India, which has for decades maintained that Kashmir is a bilateral issue and will be solved without any intervention of a third country.

The question of Pakistan

Given the geo-politics of the region of south-Asia, and the rise of the jingoistic nationalism in India, especially post 2014, India’s relation with Pakistan has further gone downhill. Turkey, on the other hand, shares a cordial bilateral relation with Pakistan. This had been enough to foster an element of unreliability between India and Turkey.

This growing cordiality in the changing geo-politics has its effect on the relations between India and Turkey. Apart from the Kashmir issue, Ankara’s assertion on Pakistan’s membership in the Nuclear Suppliers Group (NSG) and also due to its support along with Malaysia in not blacklisting Islamabad by the Financial Action Task Force (FATF) for its support, which according to India, finances terror activities, have been the other issues which have thwarted the fostering of good relations between New Delhi and Ankara. Pakistan has also asserted its deep interest in making Turkey join the China Pakistan Economic Corridor (CPEC). If this works out, then Turkey can become a major hub for CPEC as well as for the Belt and Road Initiative (BRI). India’s dismay at CPEC and BRI are already well-known.

Close defence cooperation between Turkey and Pakistan makes India uneasy. In June 2019, Turkey’s TAIS had emerged as the lowest bidder, following a global competition, for a contract to manufacture five of the 45,0000 tonne fleet support vessels at the Vizag-based Hindustan Shipyard Limited (HSL). Turkish shipyards are also a major supplier of warships to the Pakistani navy. HSL is also located close to the ship building centre, where India’s armed submarines are built and the Indian navy’s Eastern Naval Command has its headquarters. Many in India have raised the issue of security issues, and therefore, given India’s reluctance to provide full access to Turkish workers, the deal stands cancelled.

Playing its own part in the ensuing drama, following the Turkish President’s UNGA speech in September 2019, India came up with its own set of stringent measures, affecting its bilateral relation with Turkey. Soon after the speech of President Erdogan, the Indian Prime-minister met the President of Cyprus, Nicos Anatasiades, on the side-lines of UNGA. In the meeting, India reiterated its support for the independence, sovereignty, territorial integrity and unity of the Republic of Cyprus. Later, in October 2019, India also issued a travel advisory to its citizens visiting Turkey, asking them to ‘exercise utmost caution’. This came amidst the offensive in northern Syria, which it also criticized terming it an ‘unilateral military offensive’.

The Glimmer of hope- Indian weddings and onions

In all the upheavals that this bilateral relation saw, there were a few glimmer of hopes. First, of them were the Indian tourists who flock to Turkey in droves each year. In 2019, Turkey emerged as a favoured destination for the extravagant Indian weddings. The country hosted 32 million-dollar Indian weddings in 2019, which is a record.

Onion is a staple in most Indian dishes. With heavy and unseasonal rainfall in the major onion producing states, the prices of the kitchen staple reached a new high. In September 2019, given the domestic pressures and demands, the Indian government imposed a ban on the export of onions. Also about 100,000 tonnes of onions were being imported from Afghanistan, Turkey, Iran and Egypt. Again on November 22, India’s Price Stabilization Fund Management Committee (PSFMC) floated tenders, for the import of 11,000 metric tonnes of onion from Turkey.

2020 has started on a dismal note for India. All the major cities are riled with protests against the Citizenship Amendment Act (CAA). This new law provides for citizenship to six non-Muslim communities from Afghanistan, Bangladesh and Pakistan. Many members under the aegis of the Organization of Islamic Cooperation (OIC) has called on India to ‘ensure the safety of Muslim minority’ after the passage of the CAA, but also asked for the ‘protection of Islamic holy places in India’ after the Babri Masjid verdict. Many in the international community see these events unfolding in India to have a serious implication on peace and security across the region. While the CAA protests continue unabated in India, it is only expected that the OIC, particularly led by countries like Malaysia and Turkey, may point it out on the international forum, further escalating the tensions.

Despite the historical background and relation, much has changed for the two countries in the contemporary world, and the historical relation has not been translated into a solid contemporary relation. While trade and tourism have been a bright-spot between the two countries, it would be interesting to see, if that could indeed be the glimmer of hope and ward-off the relation going further downhill.

By – Anupama Ghosh, From India