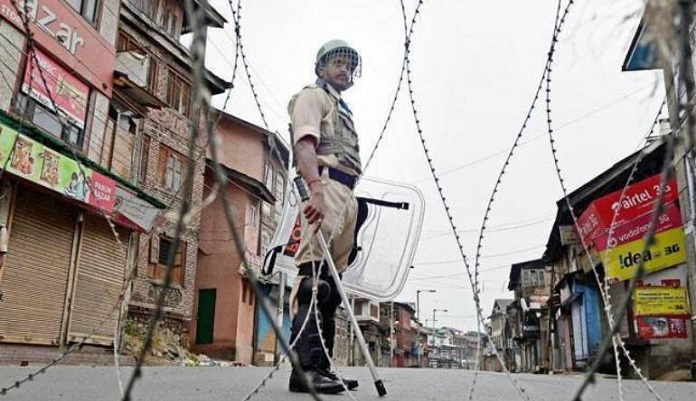 Last year on August 5, 2019 the Indian government put into place constitutional changes to abrogate Article 370 that gave special status to the erstwhile state of Jammu and Kashmir and Article 35A that allowed its legislature to provide permanent residents with reserved government jobs and property ownerships. The move saw the bifurcation of the state into two separate union territories, that of the Union territory of Jammu and Kashmir and the other, the Union territory of Ladakh. The step raised eyebrows in both India and abroad, however, an unrelenting government of India under the leadership of Prime Minister Narendra Modi, vociferously stated it to be a step towards integrating Kashmir into India, paving its way towards larger inclusion and development.

Article 370- From genesis to abrogation

For Jammu and Kashmir, the representatives to the Constituent Assembly, requested that only those provisions of the Indian Constitution which corresponded to the original Instrument of Assession should be applied to the state. It was also decided, that the state’s constituent assembly will decide on the other matters, when it will be formed eventually. Therefore, the Article 370 was incorporated into the Indian Constitution, which stipulated that the other articles of the Constitution that gave powers to the Central Government would be applied to Jammu and Kashmir only with the concurrence of the State’s constituent assembly. At the time, it was taken to be a ‘temporary provision’ , and it was only subjected to be applied till the formulation and adoption of the State’s Constitution.  In a sense then, the state was within its right to draft its own constitution, and Article 370 was designed to protect those rights.  On January 25, 1957, the constituent assembly of Jammu and Kashmir dissolved itself, without recommending either abrogation or amendment of the Article 370. Thus, what was touted as ‘temporary’ became permanent, and the Article 370 became a permanent feature of the Indian Constitution.  Constitution experts, called the Article 370 as a ‘solemn compact’, and that neither India nor the State can unilaterally amend or abrogate the Article except in accordance with the terms of the Article.

In 2014, as part of its election manifesto, the Bharatiya Janata Party (BJP) pledged to integrate Jammu and Kashmir into the Union of India. In 2015, the High Court of Jammu and Kashmir, however declared that the special provision and the Article 370 cannot be ‘abrogated, repealed or even amended’. It ruled it on the basis, that the Constituent Assembly of the State, which was the sole repository of any such power, had not made any such recommendation before its dissolution in 1957. Thus, the permanence of the Article was upheld. A similar resolution was also passed by the Supreme Court of India in April 2018.

While for decades the Indian politicians have harped on the tune of Jammu and Kashmir, is an integral part of India, why was the special status, on which the accession of the erstwhile princely state was based and maintained on was scrapped overnight? The Indian government under Narendra Modi talked of integrating Kashmir into India’s development and growth story. But that has not been the case. Rather than integrating, the move have further alienated the people from India. Since the past year, Kashmir has been a matter of discussion and questions raised. Though the government has been fending off any criticism of the move, citing it a constitutional amendment and therefore, out of the purview of any external discussion, it cannot shrug off the questions of human rights violations, in the form of restrictions that have been in place.

Since scrapping the Article 370, it seems that the government of India has moved on to other matters in a year, as the first anniversary of the move, coincided with the ground-breaking ceremony of the  temple at Ayodhya. However, a number of petitions are pending with the Supreme Court of India, questioning the motives and actions of the government in Kashmir. According to reports, at least 23 petitions are pending before the Supreme Court challenging the Centre’s decision to end the special status. The revocation of the special status was accompanied by a total shutdown of the region, to forestall any protests or demonstrations. While severe restrictions were placed on the press and transport within the valley, telephone lines, mobile communication and internet services were stopped. A number of petitions have challenged such restrictions in the Supreme Court, with the argument that such measures are in violation of fundamental rights to speech and expression and the right to move freely under Article 19 of the Constitution. In a hearing in January this year, the court held that freedom of speech and expression and the freedom to carry on trade or profession through the internet was a fundamental right under Article 19 of the Constitution and any order suspending internet services can be only for  a temporary duration and not for an indefinite period. While the court did say that prohibitions or free speech and movement will be violative of fundamental rights, it did not strike down such prohibitions. Instead, it asked the government itself to review such restrictions. The practical impact of this judgement was little, but still led the government to subsequently to ease off the restrictions. In April this year, a petition was also filed to restore 4G internet services in Jammu and Kashmir taking into account the Covid-19 pandemic. While the court constituted a special committee to take a call on the issue and examine the necessity to allow faster internet in the region. A next hearing on the case is scheduled on August 7.

The local politics of Kashmir have been at the receiving end. The Prime Minister had talked about peace, stability and normalcy in the region, but it cannot be achieved when its local leaders have been put in detention. At the time of the abrogation, many local leaders including the former chief ministers of the state were put in preventive custodies, including Omar Abdullah and Mehbooba Mufti. Ironically, Mehbooba Mufti and her party PDP, were allies and had formed a coalition government with the BJP, and Ms Mufti, still finds herself in detention, even after numerous Habeas Corpus petitions that have been filed in the Supreme Court against the detentions of individuals.

On August 5, 2019 the decision of the government to revoke the special status of Jammu and Kashmir had come as a surprise to many. It was one of the first and major decisions taken by the Modi government after coming into power for a second term. But as the months went by, it now seems to fit into a larger pattern and picture, with equally surprising and astute moves by the government. The next few months witnessed the judiciary giving its judgement on Ayodhya on rather questionable grounds, and the upheavals caused by the passing of the controversial Citizenship Amendment Act. The happenings in Kashmir- the revocation, the suspension of internet and other freedoms, are part of a larger picture, that goes hand in hand, with the new dimension which is being given to India now. It is in part with the ruling party’s idea of India- a monolithic India, built and controlled from the Hindi heartland, blatantly ignoring its composite heritage, diversity and uniqueness.