Prime Minister Nawaz Sharif resigned Friday following a Supreme Court judgement against him over his involvement in the Panama Papers scandal.

Sharif “stands disqualified”, the supreme court said in its highly anticipated ruling over the allegations stemming from the Panama Papers leak last year, which linked the his family to lucrative offshore businesses.

“He is no more eligible to be an honest member of the parliament, and he ceases to be holding the office of prime minister,” Judge Ejaz Afzal Khan said in court.

Sharif’s spokesman announced his resignation shortly after the court disqualified him from office for life.

Attorney General Ashtar Ausaf told reporters that Sharif could not appeal the court’s decision but he can file a petition for a review.

Sharif was convicted of financial irregularities, misuse of authority and concealment of assets relating to offshore companies and multi-million dollar properties tied to family members.

The judgement, which came after a 273-day hearing that gripped the nation, also bars Sharif from holding the leadership of the ruling Pakistan Muslim League.

The National Assembly is likely to meet in the coming days to select a new premier.

The head of the South Asia Strategic Research Center (GASAM), Cemal Demir, emphasized the significant role of judicial oligarchy in the country, calling the ousting of the Pakistani prime minister “an operation that weakens the political power.”

The ousting of Sharif, who has now served as premier on three separate occasions, also raises questions about the country’s role in regional stability. No prime minister has completed a full term in power since independence from British colonial rule in 1947.

There have been some allegations that the army, which is a very important force in the country, and a cleric named Muhammad Tahir-ul-Qadri had an impact on the court’s decision.

Qadri welcomed the ousting of Prime Minister Sharif on Twitter, calling it “a victory of the people.” The similarities between the cleric and the head of the Gülenist terror group have been noticed and remarked on by many commentators. The Pakistani cleric has gained political influence in the country through establishing a number of schools and colleges. An interesting point here that needs to be emphasized is the secular nature of the schools.

After a rift with the Sharif family, Qadri resigned from the National Assembly in 2004; it is believed that his resignation resulted from the fact that he had hoped for a ministerial post, but did not receive it. In 2005 Qadri immigrated to Canada. There is one difference, however; at the end of the 1980s, Qadri set up his own political party, the Pakistan Awami Tehreek (PAT). Gülen, on the other hand, for many years made no open move toward politics.

The military has been in charge of Pakistan for half of its 70-year history, but few expect the army to make an explicit bid for power again. The military already exerts control over foreign policy and defense, leading to accusations from some that it is carrying out a “creeping coup.”

Who will benefit from Sharif’s ouster?

Pakistan is the only country whose political system is similar to Turkey among other Islamic countries. The country is ruled by a parliamentary system. Sharif was elected in June 2013, the first time power was transferred from one civilian government to another in the country.

Additionally, there are close relations between Pakistan and Turkey with regard to military and economic cooperation between the two countries. Another important point is Pakistan’s military strength. Pakistan is the only country in the Islamic world that has nuclear weapons.

Demir underscored the importance of nuclear power in the region, stating that global powers would benefit from a weakened nuclear energy power and lack of political stability in the country.

According to a report published on July 15 in the Pakistan-based Express Tribune newspaper, during the Qatar crisis Prime Minister Sharif met with King Saul of Saudi Arabia in Jeddah. During the meeting, Saudi King Salman gave the Sharif an ultimatum on choosing a side, either Doha or the Saudis. King Salman said: “You are either with us or Qatar, make your choice,” and Sharif rejected the ultimatum, saying that they do not want to be a part of any side. 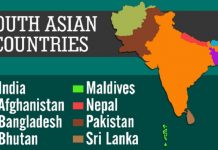 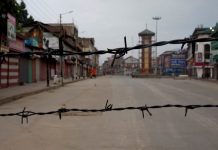 Hello world! How is the Lockdown? Kashmir

Delhi Elections, When Development triumphed over Divisiveness and Religious Polarisation