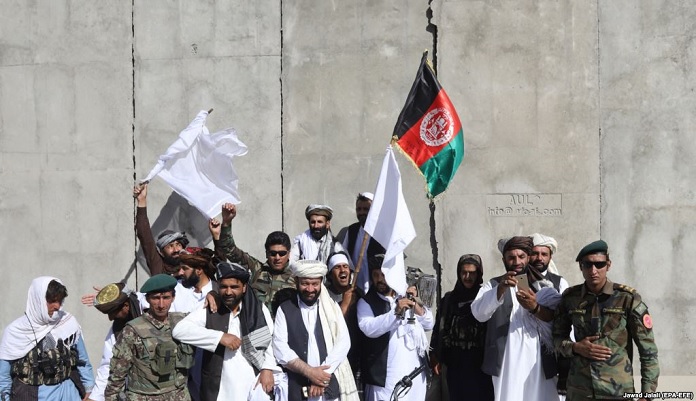 Following the months of Afghan government call for armistice, the Taliban group, eventually, agreed to a three-day conditional ceasefire in Afghanistan. It is for the second time that Afghan nation experiences a ceasefire in holy days of Eid al-Fitr.

The first one was in June of 2018. That was a historic day where Afghan security forces and Taliban fighters prayed and ate together, and played together. The moment was unbelievable and all Afghans were crying from cheerfulness.

Afghan government, UN, NATO, Turkey, United States and several other countries welcomed the move, and urged for continuation of truce after the Eid so as to clear the way for a long-overdue sustainable peace in Afghanistan.

Afghan President Ashraf Ghani immediately initiated a process to release up to 2,000 Taliban prisoners as a “good will gesture” in response to the Taliban’s announcement of a ceasefire during Eid, and called for extension the offer of peace and taking further steps to ensure success of the peace process.

In reply, spokesperson of Taliban Political Office in Qatar, Suhail Shaheen also longed-for the release of 2,000 prisoners by Afghan government, and hoped for it to remove hurdles in the way of commencement of intra-Afghan negotiations, and to pave the way for  further progress which is to follow. Shaheen assured its commitment to release of prisoners on its own part as well.

Here is the updated infographic for prisoner swap in Afghanistan: Truce between rival parties especially in last forty years is unprecedented in Afghanistan. For example, during the Afghan Jihad, Mujahedeen and Soviet Union/Afghan Communist government forces never agreed to a comprehensive ceasefire or even a reduction of violence, except for one time. In 1983. Afghan guerrilla commander Ahmad Shah Massoud had agreed to a truce with Soviet Union, which enabled the Soviet command to divert large numbers of ”battle hardened” Afghan Government soldiers from the Panjshir Valley north of Kabul, the capital, for heavy attacks on rebels elsewhere in the country. Nevertheless, Afghans witness a comprehensive ceasefire between Afghan government and Taliban movement for the very second time in last two years.

Besides that, Afghan Communist government and Afghan Mujahedeen thought that they could completely erase the opposition party, and they were right. In 1992, Mujahedeen were able to overthrow the Communist regime and eliminate the Communists from Afghan political arena forever. Nonetheless, both the Taliban movement and the Government of Islamic Republic of Afghanistan have concluded that they cannot eradicate each other, and hence, they have no other option but to make peace.

Afghan Communist regime was isolated both internally, by ordinary Afghans, and externally, by international community; even the presence of Red Army could not increase legitimation of the government; in the case, Taliban movement happens to be in the same position not the Afghan government. Because, Afghan government has the support of ordinary Afghans, former Mujahedeen, Communists and even former high-ranking Taliban officials reside under the banner of the Islamic Republic of Afghanistan. For that reason, it is impossible for the Taliban “as a group” to overthrow the Afghan government, no matter what.

After Soviet Union withdrew Afghanistan, it was only then the Mujahedeen were able to takeover the government and do not accept offers of peace by the Soviet-installed regime of President Dr. Najeebullah.

Today, however, US, NATO and other international forces, including Turkey, have presence in Afghanistan, and back the Afghan government against all the odds. Hence, Taliban and their regional supporters have neither the chance nor the gut to capture Capital Kabul or any other provincial center in all 34 provinces of Afghanistan.

Given the previously mentioned reasoning, formation of national consensus on peace and reconciliation under the Chairmanship of Dr. Abdullah Abdullah in Afghanistan and compulsion of international community for intra-Afghan negotiations and lasting peace, Afghan government and Taliban are to seize this tremendous opportunity, as US Secretary of State, Mike Pompeo heralds.

On the fourth day after the truce of June 2018, Taliban returned to violence and aggression; however, the Afghan government remained in defensive position for two other months. It is, then, observed that the Taliban has had no remarkable achievement in last two years, except the golden times to reach an inclusive peace become squandered.

Henceforth, the only way forward is for Afghan government is to put an end to political instability is a short manner of time, and for the Taliban to extend the ceasefire, ban its released prisoners from returning to battlefield, and enter into the intra-Afghan negotiations without wasting further time and shedding more blood.

At the end, I would like to quote a friend of mine, “only Afghans can understand the significance of three-day breather in a 40-year long war.”