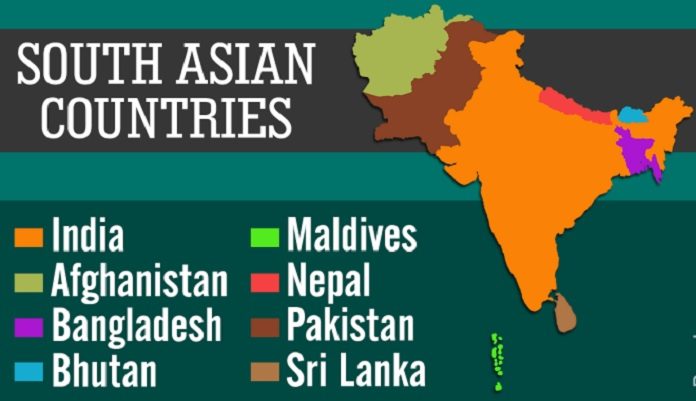 As the corona virus spreads with increasing rates in the south Asian region, India and its neighbours are bracing for a huge challenge with their limited health and economic infrastructures.

After a delayed start, the corona virus cases are witnessing a huge increase in South Asia, home to one of the largest populations in the world. The pandemic surging throughout the world, has dealt a huge blow to many countries till date, countries which boasts of much better health infrastructures than their South Asian counterparts. The rising number of cases in the region, particularly in India and Pakistan, is a major cause of concern. Experts believe that there is a huge chance of outbreaks in the region, given a shortage of testing kits and poor reporting practices, owing to low literacy rates and weaker health care facilities. Any major outbreak will therefore, mean more negative impact on the economy, damaging the supply chains, and in particular, putting an immense load on the already fragile health infrastructure of the countries of the region.

Prime Minister Narendra Modi scheduled a video conference with the  South Asian Association for Regional Cooperation (SAARC)  leaders on March 15, 2020, (SAARC member states are Afghanistan, Bangladesh, Bhutan, India, the Maldives, Nepal, Pakistan and Sri Lanka). In order to fight the pandemic together, PM Modi proposed the creation of an Emergency Fund. The purpose of this fund is to tackle and mitigate the risks associated with the pandemic.  India offered an initial contribution of US$ 10 million that will be at the disposal of all SAARC countries. While Bangladesh has announced US $1.5 million as a contribution to the emergency fund, Afghanistan has extended support of US $1 million.  The Maldives, Nepal, Bhutan and Sri Lanka have offered US $2 million, US $100,000 and US $5 million respectively. India also proposed a shared electronic platform for all SAARC nations to share and exchange information, knowledge, expertise and best practices for jointly combating the coronavirus epidemic.

While such moves at dealing with the pandemic on a regional level are much appreciable, it remains a fact, that the only way the disease can be stopped from reaching gigantic proportions is through social distancing and building and maintaining a robust health infrastructure, both aspects in which the South Asian region lags behind. And as the number of positive cases of Covid19 surges in India, it is increasingly portraying the grim realities of the country and the region, and the seemingly tough times ahead.

The Grim realities of India

Days before the 21 day lockdown began in India, the country observed the ‘Janata Curfew’ ,vowing to stay at home that day, and showing their gratitude to the countless health workers through clapping and ringing bells. Loaded with good intent, in the end the appreciation for the health workers was reduced to being made a spectacle, as people banged together pots and pans, and in many places forgetting the essence of the curfew in the first place, that is social distancing, as entire localities and huge crowds congregated together in many places. In a country like India, and in a time of pandemic, it would have been better if the government would have provided the health workers with better working conditions, wages, equipment and gear to protect themselves. After all, India spends just over one percent of the GDP on it healthcare, which is way below the global average.

Starting March 24, India went into a 21 day lockdown. Many believed that this was expected, in the view of the increasing cases, as India has been testing much less and way below its capacity, and therefore, the real extent of the spread of the infection is still unknown. While people around the world, can only imagine the fallout of such long lockdowns on the economy in the long run, in India it had an unexpected and in fact, a severe fallout in the first few days itself.

As the country went into lockdown- the largest lockdown anywhere around the world, images started emerging of people, migrant workers, working in the urban areas, making their way to their hometowns and villages on foot. With all economic activities stalled for the next 3 weeks, it was a different story for the privileged middle-class who could work-from-home, but a completely different one for the migrant workers. According to 2011 census, India has 139 million internal migrants. Mostly hailing from the states of Uttar Pradesh, Bihar, Jharkhand, Odisha and West Bengal, they form the labour force in the unorganized sectors in Delhi, Haryana, Maharashtra and Kerala.

With the dearth of any transport, these people started the long march to their homes, situated miles away. The news reports are filled with the harsh measures being taken by the government apparatus to tackle with these migrants, some even bordering on inhuman, like spraying the migrants with disinfectants. While all these incidents have led to the expected blame game, and any lack of accountability from the concerned departments, it seems that the lockdown did not follow any cohesive plan. The fact remains that there were no plans charted out for the poor, marginalised and the unorganized labour force of India.

It took the government days to announce a $ 22billion bailout for the country’s poor, in the form of cash, transfers and free food to the needy and health insurance for the health workers. As most of the beneficiary of these transfers are the poor and unorganized labour, whether the promised assistance will reach them in time, is another concern, along with the many Indian states’ poor record of delivery.

Dangers of the migration

While much of this internal migration has been seen as a brewing humanitarian crisis, there is another important aspect to this. According to health experts, in a time of a pandemic such a migration may increase the risk of the virus spreading. A similar pattern was seen in places such as China in January 2020 and later, in Italy in early March 2020. According to reports, in China five million fled the Wuhan province before the lockdown was announced. The population that emigrated from Wuhan was the main infection source in other Chinese cities and provinces, during the 40-day travel period of the Chinese Lunar New Year Holiday. Experts believe that in India, the migrants who are currently traveling on the roads are burdening the health systems and also impacting their own health. The threat many see, is that with far lesser testing, there is no viable information on the community transmission in India. So there is little known if there are infected but asymptomatic people in the migrant groups. Traveling together they in fact, be spreading the disease to many more.

While the state borders have again been closed so as to curb the migration, but the result of it will be visible in a few weeks’ time. This is, true in some sense for the entire region. While India’s problems may be compounded more due to its huge population, and the sudden lockdown, the problems such as these abound for the entire region, and it is a scary premonition for the weeks to come.