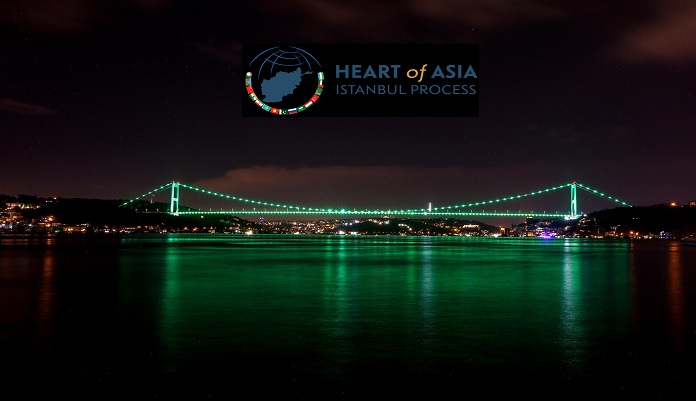 On April 30, 2021, Taliban carried out a truck bomb attack in Logar province of Afghanistan where they killed at least 25 people and wounded over 60 more.

That day was the closing date for U.S. and NATO troops to withdraw Afghanistan, as stated in the U.S.-Taliban agreement signed on 29 February, 2020. The agreement, however, was not observed in full by both sides; and therefore, the US has unitarily extended the deadline to September 11, 2021. Nonetheless, the Taliban had previously warned to renew attacks on their troops if they fail to exit by the deadline.

Both the agreement between U.S. and Taliban, and Joint Declaration between Afghan government and the United States of America enshrine that intra-Afghan negotiations leading to a permanent and comprehensive ceasefire shall be commenced and, eventually, a new governmental system agreed by all parties in disrupted Afghanistan shall be established.

For achieving this goal, representatives of Afghan government and Taliban group held several sessions and participated in numerous conferences in last 14 months. Though as the deadline for foreign troops’ withdrawal was on the doorstep and the longing for reaching a ceasefire and political settlement was in elevation, Afghan government and the international community was desperate to hold an exclusive conference where key decisions could be made in.

Therefore, they were looking for a reliable, worthy and decisive mediator and host to have the conference convene in; and thus, there was no better choice than Turkey.

Turkey is different from all other countries where intra-Afghan negotiations were held in, i.e. France, UAE, Qatar, Russia, Norway and etcetera. Turkey poles apart when it comes to its political system and influential President Recep Tayyip Erdogan, neutrality and good will in Afghanistan matters, healthy ties with Pakistan, and the soft power on Afghans inside and outside the country.

The Istanbul Conference was set to be convened on April 24, 2021. All parties, including Afghan government and international community were highly prepared and highly motivated for the conference; however, Taliban’s refusal and delay in U.S. withdrawal gave rise to in its postponement.

Nevertheless, holding the Istanbul Conference may apparently seem implausible; but experts believe that it will be convened prior to full withdrawal of U.S. and NATO forces from Afghanistan most likely until August. Because, the conference is conceived as the second Bonn for Afghanistan where a final game will be played between Afghan government and the Taliban movement.

There is a relentless concern regarding deterioration of security situation in Afghanistan, where U.K. and U.S. embassies have recently advised their citizens to leave the country at earliest opportunity while commercial flights are still available. It reminds us of the same warning issued by these embassies in late 1989.

On other hand, the transition process of handing over the U.S. and NATO military bases to Afghan government and their operations is also an inexorable question. The main focus in this juncture is on Kabul International Airport to be kept secured by any cost. And, of course, Turkey plays a vital role here as it has the responsibility to maintain security and functionality of the Airport.

Moreover, Afghanistan is faced extreme poverty and over 18 million out of total 39 million population of the country is in dire need of humanitarian assistance that could further obfuscate the issues.

Need to bear in mind that the unconditioned withdrawal of foreign forces from Afghanistan will result in sending different messages to various parties; i.e. it will help the Taliban to enhance their efforts to take over the government through violence. In such case, a civil war is inevitable. Yet, responsible withdrawal of Western troops from the country and conclusion of a settlement between Afghan government and Taliban group before that will make sure Afghan system remains operational; and thus, a peaceful way out is credible.

Furthermore, if any party, either Afghan government or Taliban, persisted on their position, the country will definitely enter into a new phase of war where it, this time, will vanish everything Afghanistan achieved in last two decades. Preparations for this kind of circumstances could be witnessed in both sides. In this case, outcome of the [civil] war after loads of bloodshed will, again, be a system comprised of Taliban and other Afghan parties where technocrats, who rule the country today, will have the least portion.

Afghans see Turkey as a role model in large, where President Ashraf Ghani, on the occasion of meeting with President Tayyip Erdogan in Kabul in 2014, said that the entire public administration of Afghanistan shall establish professional ties with their counterparts in Turkey and must learn from them and adopt their successful initiatives. Additionally, Turkey’s positive and unbiased role in Afghanistan matters has made it a favorable country for all parties involved in Afghanistan. Hence, it is looked on as the most reliable country for holding final negotiations on Afghan conflict, and I believe that the Istanbul Conference is unique chance to do so.

Besides, U.S. withdrawal from Afghanistan will not be similar to that of the Soviet Union, which resulted in downfall of the government; it rather be a transition-like process where authority and responsibility to administer the affairs shall be assigned to Afghan parties, and, of course, Taliban will be included in the system accordingly.

As a final point, in view of the uncomplimentary experiences of the past four decades and regional consensus attained in recent times, it is unlikely for Afghanistan to cross the threshold into a civil war; yet and again, the entire involving parties are advised to hope for the best and prepare for the worst.