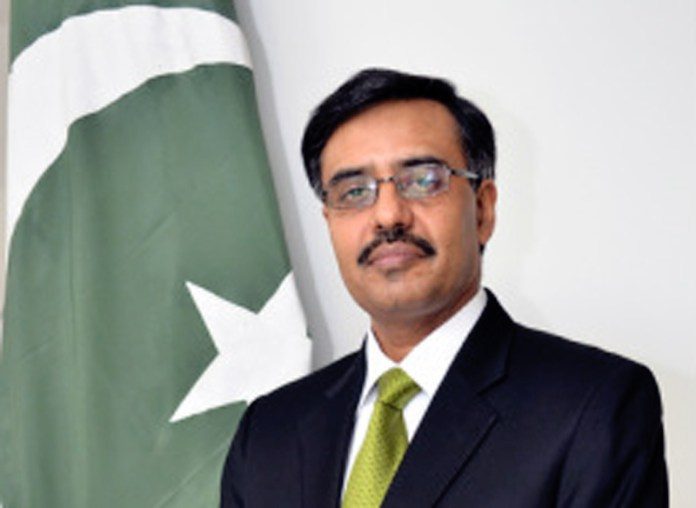 A. Indeed, Pakistan and Turkey enjoy a special relationship – founded firmly on common faith, cultural and linguistic affinities, and shared history. Our abiding ties are underpinned by exceptional warmth, cordiality and mutual trust, the examples of which are rare in inter-state relations. These feelings transcend the leadership and governmental levels, and are particularly strong at the peoples’ level. In a remarkable tradition, the two peoples have always stood by each other, in good and difficult times. They have always supported each other on their respective national causes, especially Kashmir and Cyprus. On different occasions, the unique quality of our relationship has been encapsulated in the phrase, “One Nation – Two States.” This is an apt description, given the strong historical and cultural foundation of the relationship, similarity of views on regional and international issues, and close collaboration on bilateral, regional and multilateral planes between Pakistan and Turkey.

Q. Relations between Pakistan and Turkey are rooted in history, culture and common world view. Would you like to take a brief view of these dimensions?

A. Shared history and cultural affinity are among the defining features of Pakistan-Turkey relations. The ties between the Muslims of Sub-continent and the Turkic world go back centuries. As is well-known, the Mughal Empire in South Asia was established by Babur, who came from the Ferghana Valley in present-day Uzbekistan. The connections forged since those times have only strengthened in the subsequent eras and are reflected in our language, literature, architecture, cuisine, and the general way of life. ‘Urdu’ itself is a word from the Turkish language, meaning army or lashkar. There are estimated to be more than 5 thousands common words between Turkish and Urdu languages. In 2015, we completed 100 years of teaching of Urdu in Turkey.’ The milestone was celebrated befittingly with the issuance of a commemorative postal stamp. The strong spiritual connection between our national poet-philosopher Allama Muhammad Iqbal and Mevlana Jalaluddin Rumi, whom Iqbal regarded as his murshid, is very well-known too. Iqbal was also a contemporary of Turkey’s national poet Mehmet Akif Ersoy and the two interacted closely during the most critical years of their national history. The political, moral and material support extended by our forefathers for the Turkish War of Independence remains a distinct part of the Turkish nation’s consciousness and is remembered to this day. In turn, our founding fathers were deeply inspired in their quest for freedom and a sovereign homeland by the valiant struggle waged by the people of Turkey under Mustafa Kemal Ataturk. Quaid-e-Azam Mohammad Ali Jinnah was a great admirer of Ataturk and regarded him as someone who changed the course of history for Turkey and the world. In their world-view as well, the modern nation-states of Pakistan and Turkey have had striking similarities. Both are pivotal states located in the geo-strategically important parts of the world and have always been strong partners for peace and development. From the UN to OIC, from CENTO to RCD, and from ECO to D-8, they have been together to promote these shared goals.

Q. The two countries are cooperating with each other in several vital areas of mutual interest. Do you think there is vast scope for strengthening and expanding the bilateral cooperation, particularly in the trade and economic field?

A. Undoubtedly, the quality of our excellent political relations is unmatched. And the challenge always remains as to how to further enhance it. At the same time, the leadership in both countries is cognizant that our trade and economic ties are not commensurate with our political relations. These are also not reflective of the true potential of our huge economies. Therefore, it is the common vision of the leadership on both sides to forge a strong trade and economic partnership. We have made notable progress in this context in recent years, particularly through increased Turkish investments in Pakistan and growing participation of Turkish companies in wind and solar energy, transportation, and municipal services projects. However, much more can and is needed to be done as there is still vast untapped potential in key sectors including energy, infrastructure development, food processing and so on. As part of this vision, the two sides are also negotiating a comprehensive bilateral Free Trade Agreement (FTA) covering trade in goods, services, and investment. A framework agreement for FTA was signed in March 2016 and overall seven rounds of negotiations have taken place. Early conclusion of the FTA on a mutually-beneficial, win-win basis holds the promise of building the robust and sustainable partnership jointly envisioned our leadership.

Q. What are the key fields of bilateral cooperation between Pakistan and Turkey?

A. Bilateral collaboration encompasses a whole range of areas – political, trade, economic, investments, security, defence, culture, education and people-to-people exchanges. The High Level Strategic Cooperation Council (HLSCC), co-chaired by the two Prime Ministers, plays an instrumental role in providing strategic direction to the bilateral relationship and deepening of mutual collaboration in these fields. The HLSCC has seven Joint Working Groups which help develop and vigorously pursue specific programmes and projects.
While our endeavors to intensify cooperation in myriad sectors continue, bilateral defence collaboration has acquired new levels in recent years. The defence industries of Pakistan and Turkey have significant capacities and complementarities, from which both sides are working to draw beneficial results. In May 2017, the two countries signed three important agreements. Accordingly, Turkey is acquiring 52 Super Mushshak training aircraft from Pakistan. Further, the two sides would be working on the project for four MÝLGEM Ada class corvettes to be executed through technology transfer. Meanwhile, the Pakistan AeronauticalComplex (PAC) and Turkish Aerospace Industries (TAI) have committed to strengthen mutual collaboration in the aviation field. These initiatives come on top of the earlier projects such as mid-life upgrade of Pakistan’s F-16s in Turkey, up-gradation of Agosta Submarine, and construction of naval fleet tanker at Karachi Shipyard. Our shared objective is to not only strengthen our respective capabilities for indigenous defence production but also to reduce our reliance on foreign sources.

Q. How can relations between the two countries be strengthened through cultural collaboration and people-to-people contacts?

A. Enhancing cultural collaboration and people-to-people contacts is among the key priorities. In this context, the role of the Parliament, media, youth, think-tanks, and civil society is important. It is heartening that our contacts in these realms are consistently expanding. One positive indicator of the growth in people-to-people exchanges in recent years is the growing number of Pakistani students in Turkey. Already, there are more than 1,700 under-graduate, graduate and Phdstudents attending Turkey’s public and private Universities. We are also making efforts to increase the number of Turkish students to go to Pakistan for higher studies. Under a new agreement between the Higher Education Commission (HEC) and Turkey’s Council of Higher Education (YOK), a larger number of Phd scholars would be coming from Pakistan to Turkey in the next few years. On the other hand, three Turkish Universities have Urdu Departments – namely Ankara University, Istanbul University, and Selcuk University in Konya. The research done at these Departments on the Urdu language and literature, as well as the Urdu graduates of these universities constitute a valuable asset for intensified cultural collaboration and people-to-people exchanges. Moreover, the Turkish Government has recently approved the teaching of Urdu as an elective subject at the high school level throughout Turkey. This measure would result in further promotion of Urdu and our bilateral people-to-people contacts. As part of the Embassy’s public diplomacy efforts, we have pursued a number of initiatives to foster closer bonds at the people’s level, with a particular objective to transmit to the younger generation the illustrious tradition of abiding ties between Pakistan and Turkey. Every year, we organize “Jinnah Young Writers Awards” competition in which senior high school students from 81 provinces of Turkey participate and submit essays on a selected theme pertaining to Pakistan-Turkey relations. Similarly, for the last six years, we have been holding “Chughtai Art Awards” in which high school students from a chosen province of Turkey make paintings on a given theme. Successful students are given awards by high-level Turkish dignitaries and their works are displayed in prominent art venues. In addition, events such as Pakistan Food and Mango Festivals, photography exhibitions, and special Cultural Nights showcasing our customs and traditions as well as fashion and music are organized on a regular basis. Turkey’s famous Yunus Emre Institute is in the process of opening Cultural Centers in Lahore and Karachi. The establishment of these Centers would further contribute to the efforts already underway.

Q. The year 2017 marks the 70th year of Pakistan-Turkey Diplomatic relations. What plans are there for celebrating this occasion?

A. The leadership in both countries has decided to celebrate this milestone in a befitting manner. Already several events have either been held or are in the pipeline. For example, Turkey’s traditional Mehter band participated in the Pakistan Day Parade in Islamabad on 23 March 2017. The two sides are due to issue a joint commemorative postal stamp in August. A number of other events including seminars, exhibitions, special publications and cultural exchanges are in the cards. In sum, there is a fascinating story of Pakistan-Turkey brotherhood spanning centuries and of its ongoing transformation into a strategic relationship. It is our endeavor to tell this story to the world in the most imaginative way possible.