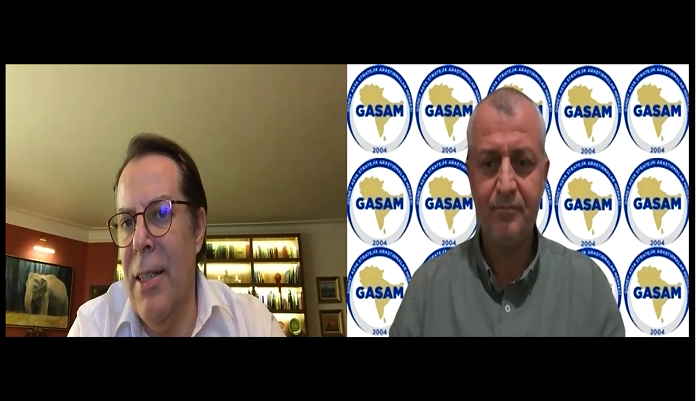 Both countries fighting against separatist terrorism and have similar problems, says Turkish official

Turkey politically has no problems with Sri Lanka and the two countries have “completely friendly” relations, according to a Turkish official.

Also, especially in the international area, both countries support all their draft resolutions that they brought up to combat international terrorism, Ozcuhadar said.

Sri Lanka usually votes in favor of Turkey’s numerous nominations in the international area, he underlined.

Speaking on the history of Turkey-Sri Lanka relations, he said Turkey’s first formal relationship with Sri Lanka began with the Ottoman Empire’s assignment of an honorary consul of Sri Lanka in the city of Galle in 1864.

Until 1915, Ottoman honorary consuls served in Sri Lanka. When Sri Lanka became independent in 1948, Turkey immediately recognized it, he added.

“There are many issues that should be deepened in relations, the most important of which is economic relations,” he said.

In 2019, Turkey’s trade volume with Sri Lanka was around $180 million, he said, adding more Turkish investors can be attracted to Sri Lanka.

Touching on Turkey’s humanitarian aid to Sri Lanka, he said the Turkish Red Crescent (Kizilay) built 450 houses in Sri Lanka after the tsunami.

The Turkish Cooperation and Coordination Agency (TIKA) built 100 houses for Muslim refugees who suffered during the civil war in Mannar, Sri Lanka in 2015.

Commenting on Sri Lanka’s important geopolitical role in the Indian ocean, Ozcuhadar said Sri Lanka is like an unsinkable aircraft carrier for countries that want the continuation of trade flow and have military activities in the Indian Ocean.

Sri Lanka’s ports are very important. Colombo Port and Trincomalee Harbor are natural and deep harbors that are important for hosting very large ships, he said.

Sri Lanka is a strategically important country for India and the US to prevent Chinese domination in the Indian Ocean, he said, adding Colombo Port is vital for China’s maritime silk road initiative.

Some 70% of world oil trade and 50% of the container trade pass through the Indian Ocean, he added.