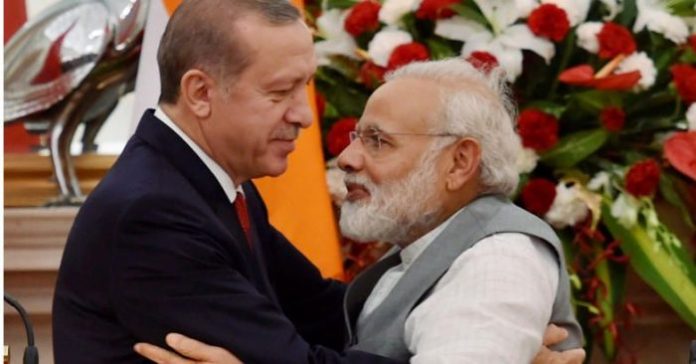 Hope this letter will find you in sound health and spirit InshaAllah!

We heartedly extend our solidarity with your Excellency and the great people of Turkey.

We strongly condemned the failed attempt of army coup against the duly elected government of Turkey and extended our wholesome support and solidarity with your democratically- elected government under your able leadership and to the people of Turkey.

We also appeal our Indian Government that respecting sentiments of the people of Turkey, Govt. should close all the Schools and institutions in India run, funded and supported by Fathullah group FETO of Turkey.

We appreciate your tireless endeavor for the return of glory of traditional Turkey intact while keeping its modern outlook and economic well being in mind.

We appreciates the efforts of the people of Turkey and its NGO’ for establishing a good rapport with rest of the world in general and Muslim world in particular.

Turkey’s effort to host more than 4 million Syrian refugees as their respected guests and spending more than 6 billion USD every year is a commendable activity world must appreciate. Likewise its philanthropist help to the people in distress elsewhere in the world like Myanmar etc must also be applauded. We support all humane and true Islamist campaign under your Excellency’s able guidance and leadership to counter the Islomophobic design spread by vested interest anti- Islamic forces.

We support your actions and governance in order to fight these terrorists groups.

We are thankful to the govt. of Turkey for inviting an elite delegation of Indian Muslim social activists, eminent journalists and religious leaders in March 2015, under the leadership of Dr Tasleem Ahmed Rehmani, President Muslim Political council of India.That was really a useful visit and we look forward such frequent visits from India to strengthen people to people ties between the two traditional friendly countries.

We assure your Excellency all out support and allegiance to you and your efforts from people of India in general particularly from Indian Muslims reviving century old history of cooperation during Khilafat Movement.

May Allah bless your Excellency long life, peace and good health to carry out all such services to Islam and human kind of our time. We hope and pray for the renaissance of historic Indo- Turkish relations in near future.

CAA and its implications for India and the International Reproach