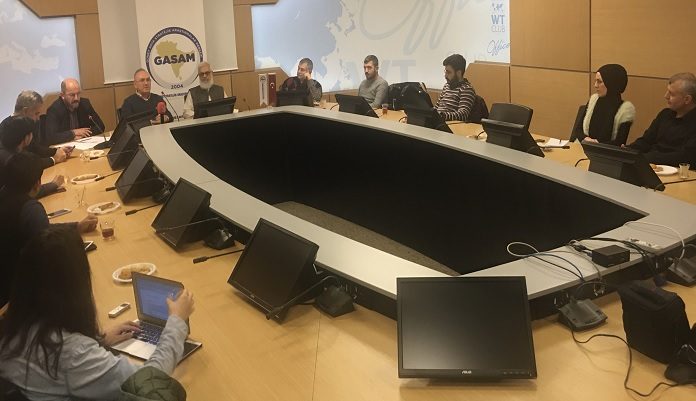 Istanbul hosted a roundtable discussion Wednesday on India’s citizenship law which many believe discriminates against Muslims.

“The constitution is being violated [in India], and it is at the basis of the reactions [in the country],” said Ozay, speaking at the event.

“There is demographic engineering there,” he added.

India has been witnessing extensive protests against the law since it was cleared by the country’s Parliament and received presidential approval on Dec. 12.

Ozay said Islamophobia has been on the global agenda since the Sept. 11, 2001 terrorist attacks on the U.S. which killed nearly 3,000 people.

Coordinated by the al-Qaeda network, thousands were killed when jets crashed into the World Trade Center in New York City, the Pentagon in Virginia and a field in Pennsylvania.

“The phenomenon of Islamophobia has been mutated” since the 9/11 attacks, Ozay said.

“Perhaps today we are witnessing a process in which India is turning from a multicultural, multi-ethnic, secular structure based on its 1947 constitution…to an Islamophobia-dominant country.”

According to Ozay, there is a political understanding in India that discriminates against minorities.

“The problem is not only a political and social development in Assam,” he said, referring to the citizenship verification project in the northeastern state.

According to a report from Human Rights Watch, nearly two million people had been excluded from citizenship, most of them Muslims, putting them at risk of statelessness.

“It is better to look at the question of ‘what is India trying to do?’ in the context of Islamophobia in the West and persecution and ethnic cleansing of Muslims in Myanmar,” he added.

For his part, Cavdari pointed out that India’s secular structure has been changing.

He described India’s citizenship law as “an act against Muslims” and said it was introduced to “clean up Muslim culture” from the country.

“You can stay as a Muslim there, but you have to live Hindu culture socially,” he added.

Founded in 2004, GASAM provides “unbiased and objective information about the historical, political, military, economic and sociocultural structure and strategic and geopolitical balance of South Asian countries Afghanistan, Bangladesh, Bhutan, India, Maldives, Nepal, Pakistan and Sri Lanka,” according to its website.