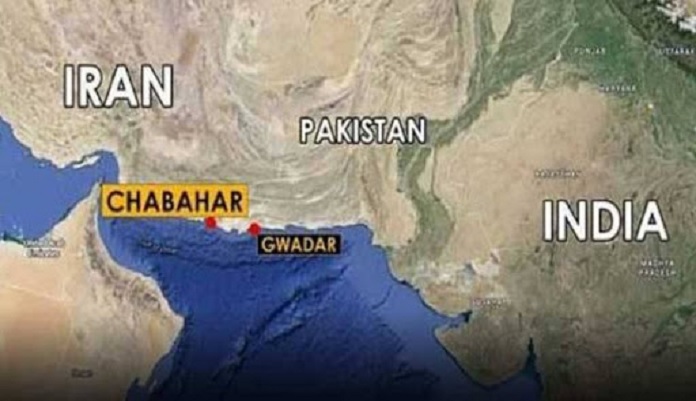 The past six months had been a test for Indian diplomacy. During this time, it has witnessed considerable strain with regards to its relations with its neighbours and allies. While India is still managing the turmoil on its borders with China, which saw a heated-standoff in the past months, it is also continuously dealing with similar border disputes and regular verbal offensives with Nepal. Now reports, have emerged of a possible fallout of bilateral relations between India and Iran.

Historically India and Iran have enjoyed strong bilateral ties. During his visit to Iran in 2016, Indian Prime Minister, Narendra Modi signed the Chabahar pact with the Iranian President Rouhani and Afghan President Ashraf Ghani. Located in the Sistan-Baluchistan Province on Iran’s South-eastern coast, Chabahar gives India a sea-land access route into Afghanistan and Central Asia through Iran’s eastern borders. The project is considered a strategic venture for development of regional maritime transit traffic to Afghanistan and Central Asia.

The pact had also stated the construction of the Chabahar-Zahedan railway as “part of transit and transportation corridor in a trilateral agreement between India, Iran and Afghanistan”. Earlier this week, it has been reported that Iran has ousted India from the railway line project. The railway project which was, originally, to be undertaken by the Iranian Railways and the Indian Railways Construction Ltd (IRCON), was believed to be a key component of the trilateral agreement between Iran, India and Afghanistan. Under the terms of the agreement signed, IRCON was to conduct all the work on the rail line, and finance the entire project. However, according to the latest reports, Iran will use $400 million from its Iranian National Development Fund, to finance the rail line’s construction on its own. The project is expected to be completed by March 2022.

It seems that apart from the work on the rail line, considerable progress had been made in operations at the Chabahar port. According to reports published on June 9, suggested that Iran had approved the integration of the Chabahar port with the Free Zone operating in the area, and the opening of a branch of the Ghazanfar Bank of Afghanistan soon.  India Ports Global, a company controlled by the Shipping Ministry started operations from two berths at Shahid Beheshti Port of Chabahar on December 25, 2018 and has since handled container, bulk cargo, livestock and heavy lift cargo vessels. It was reported that on June 30, the IPGL terminal loaded 76 twenty-foot equivalent units or TEUs (twenty-foot equivalent units) of cargo for India. On June 28, the port also handled the fourth consignment of wheat cargo, a part of the humanitarian aid from India to Afghanistan.

Not a Sudden Move

Through the recent reports, it is known that Iran wanted India to accelerate the acquisition of heavy equipment and expedite work on a railway link to the Afghan border to boost the economic viability of the Chabahar port. The problem seems to have arisen as India never commenced work, partly due to the apprehensions of sanctions imposed by the USA. Even though the US had provided sanctions waiver for the Chabahar port and the rail line to Zahedan, the work could never commence. Due to the threat of the US sanctions, India has decreased its oil imports from Iran.  There also have been reports that fearing the US sanctions, many Indian companies have been reluctant in investing in infrastructure development projects at the Chabahar port.

The decision of the Iranians to oust India from the rail line project, may not have been a sudden development. If the diplomatic overtures between the two countries in the past six months can be collated, it seems that such a move was coming. It seems that the bilateral relations between the two Asian countries was plummeting rapidly. In February 2020, when parts of Delhi, witnessed the horrific communal violence, the Iranian Foreign Minister Javad Zarif condemned the violence against Indian Muslims and urged the Modi government to ‘not let senseless thuggery prevail’. Iran’s supreme leader Ayatollah Khamenei had also raised his voice in condemnation against the communal violence in India.

While India gets excluded from the railway project, it seems China is expanding its foothold in Iran rapidly.  Iran is going forward to sign a 25-year Strategic Partnership, which may see China commit significantly towards infrastructure, manufacturing, transport and energy projects with Iran, and with Iran continuing its provision of oil and gas supplies.

After weeks of stand-off in Ladakh, it seems that China and India are coming towards  a head-on in Iran as well. Over the past few years, China has invested heavily in its Belt and Road Initiative (BRI) and the China-Pakistan Economic Corridor (CPEC).  In 2000, Iran, Russia and India had formulated a similar infrastructure program – the “International North-South Transport Corridor” (INSTC). It seeks to connect Indian Ocean and Persian Gulf ports and rail centres to the Caspian Sea, and further to Russia and northern Europe. Chabahar is a critical peg in India’s plan for the INSTC. With the strategic importance that Chabahar gives India, it also brings it in direct conflict with its neighbour China. China has helped develop the port of Gwadar, located in its all-weather ally Pakistan.

The Modi government which rode to power with a huge mandate in 2014, had pledged to make India’s relations with its neighbours and allies, as a cornerstone to its foreign policy and diplomacy. Now in its second term, it seems that the Modi government has lost the diplomatic plot. Beginning with the abrogation of the Special Status of Jammu and Kashmir, the pronouncement of the controversial Citizenship Amendment Act and the brutal police repression of protests, culminating with its faulty handling of the communal violence in Delhi, India has earned the ire of the international community. On its part,  the government has maintained its stoic silence on these issues, and has called for restrain from other countries on commenting on what it calls “its internal matters”. But such incidents have a deep resonance on India’s diplomatic overtures and puts the country on an uncomfortable foothold. The incidents of border-disputes with China and Nepal, points towards a failure on many fronts- diplomatic and strategic. While India had been able to keep its bilateral relations with countries around the world successfully in the past, it seems to have a difficulty in keeping a balance between Iran and USA, which it must be noted, India had done successfully in the past. The recent error that has led to the railway line ouster at Chabahar is the most recent example in India’s diplomacy and strategy being rendered ineffectual.